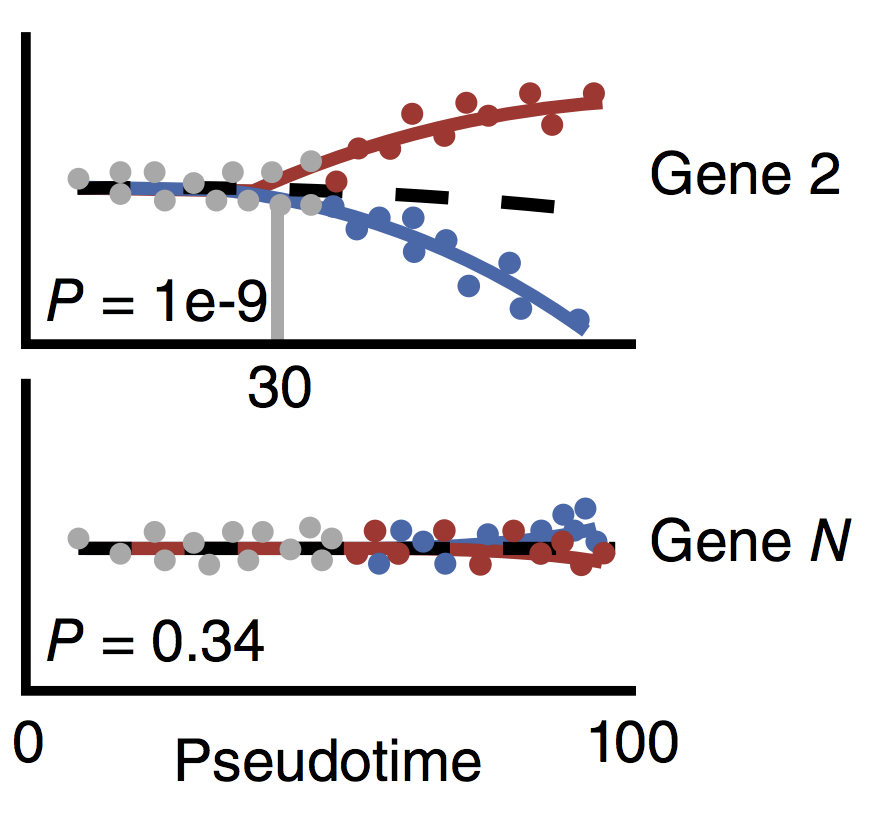 We’ve received email from a reader wondering why the equation for the number of cDNAs per cell shown in Figure 1A is not the same as the equation in the “Census” section of the online methods. Briefly, the answer is that because of superlinear amplification of full-length cDNAs during most protocols, the equation in Figure 1A often overestimates the initial cDNA content of each cell. The expression in the online methods is alternative formula provides an underestimate, but often one closer to the truth than the equation in the cartoon. We’ve clarified this point in the “Census” section of the Monocle 2 vignette.